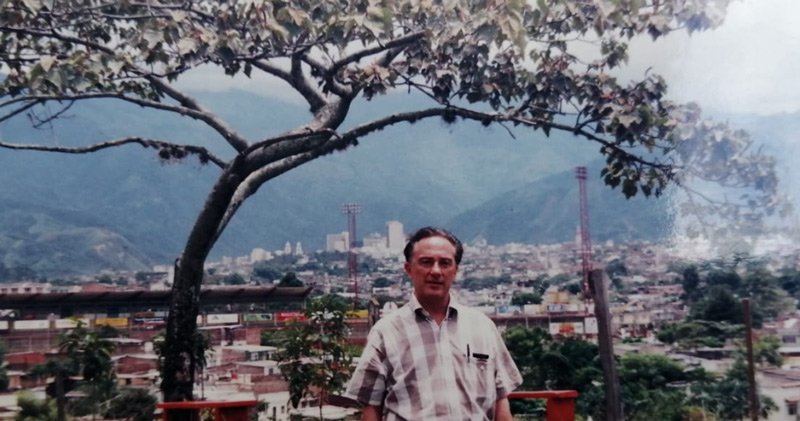 Every nation on earth has its own language through which it expresses itself, narrates who it is to understand its own reality, tells the stories that make it unique; and transmits its myths and traditions to the following generations.

In Colombia 68 languages ​​coexist; 65 of indigenous origin, two Creoles (Creole spoken in San Andrés and Providencia and Palenquero spoken in San Basilio de Palenque) and Spanish, of course. We were already many nations before the Spanish conquest and today we are more, due to that conquest, as well as forced migrations from Africa in the times of slavery. Our multiculturalism enriches us and, at the same time makes us a more complex society, one of many faces. And a good way to understand the complexity of a society is perhaps through its literature.

Recently Fundación ArteSumapaz received an exceptional donation, The Héctor H. Orjuela Collection. Orjuela is perhaps the most important researcher in the history of literature in Colombia. It is a collection of more than one hundred books comprised of Orjuela’s complete works. The historical scope of this research predates colonial times. It is a compendium that covers more than four centuries of literary production. And it analyzes poetry, theater, short stories and novel during the different periods of our history.

The first two volumes of the Collection deal with a legendary pre-Columbian myth, Yurupary: the South American Popol-vuh and Yurupary: Myth, Legend and Epic of the Vaupés. It is a founding myth, the story of origin of the Tukano people, from the Vaupés in Colombia. Yurupary tells the story of a hero who sang and danced and who helped prevent the extinction of his people due to the lack of men, (all killed in wars). He also taught his people to live in harmony and symbiosis with Nature, an idea of great validity in contemporary thought.

The crown jewel of the collection is definitely the extensive inquiry into poetry. To date, it is perhaps the most complete study dedicated to this genre in the country. This compendium begins during the colonial period with Juan Francisco de Paramo y Cepeda, Alteraciones del Darirel: epic poem. This unknown poem written around 1697 in Panama by this also unknown author represents one of the oldest literary texts of Hispanic America. There is also a series of poetic anthologies, namely: Anthology of Colombian Poetry of Colonial Poets; Colombian Poetry Anthology; Romanticism I and II; and Anthology of Colombian Poetry: Modernism. Two whole volumes dedicated among others to: Julio Arboleda, lyrical Work and Poems; Candelario Obeso, Popular Songs from My Homeland and; Rafael Pombo, Three volumes with his Poetic Work; Rafael Núñez: Selected Texts (Núñez is author of the lyrics of the National Anthem of Colombia); And of course José Asunción Silva, one of our most outstanding poets, seven volumes that contain his complete works and that also include testimonies about his poetic creation by María Mercedes Carranza, Álvaro Mutis and Gabriel García Márquez. In his Anthology of Colombian Poetry: Modernism we find names like Guillermo Valencia, Ismael Enrique Arciniegas and Julio Flórez among others.

An entire section of the collection includes Orjuela´s Creative Work. There are seven volumes which contain his extensive poetic work, a novel entitled Los Hijos de la Salamandra and a collection of short stories.

Likewise, there is a deep historical study of literature by genre and by stage that includes theater, fiction and poetry. It analyzes these genres in the colonial period, in the Nueva Granada period, in the romantic period and in the modern period. In this section of the collection some titles stand out like The Feminine Poetic Writing in the 19th Century or Poetry of Indigenous America: Nahuatl, Quechua, Mayan.

This collection is a true gem that should be part of the libraries of all universities of Colombia. Likewise Héctor H. Orjuela deserves the corresponding recognition. It is of course a privilege for the Fundacion ArteSumapaz library to add such a complete collection on the letters of a people made up of many peoples. A nation that has survived conquests, looting, slavery, revolutions, civil wars, massacres and for which literature and the arts are an antidote to heal and move forward, building an inclusive and just society that can live in peace.

Here are some important names in the letters of Colombia: Jorge Isaacs, Maria; Jose Eustasio Ribera, The Vortex; Porfirio Barbajacob; Leon de Greiff; Álvaro Mutis; Gabriel García Márquez, One Hundred Years of Solitude; Héctor Abad Faciolince; Andrés Caicedo; Mario Mendoza; Laura Restrepo; Piedad Bonet; William Ospina. Nadaista Poets: Gonzalo Arango; Elmo Valencia; Jotamario Arbeláez… and so many other names. This list is only an itinerary to enter the literature of Colombia, it is not intended in any way to be an exhaustive index.

6 Replies to “The Literature of a People”