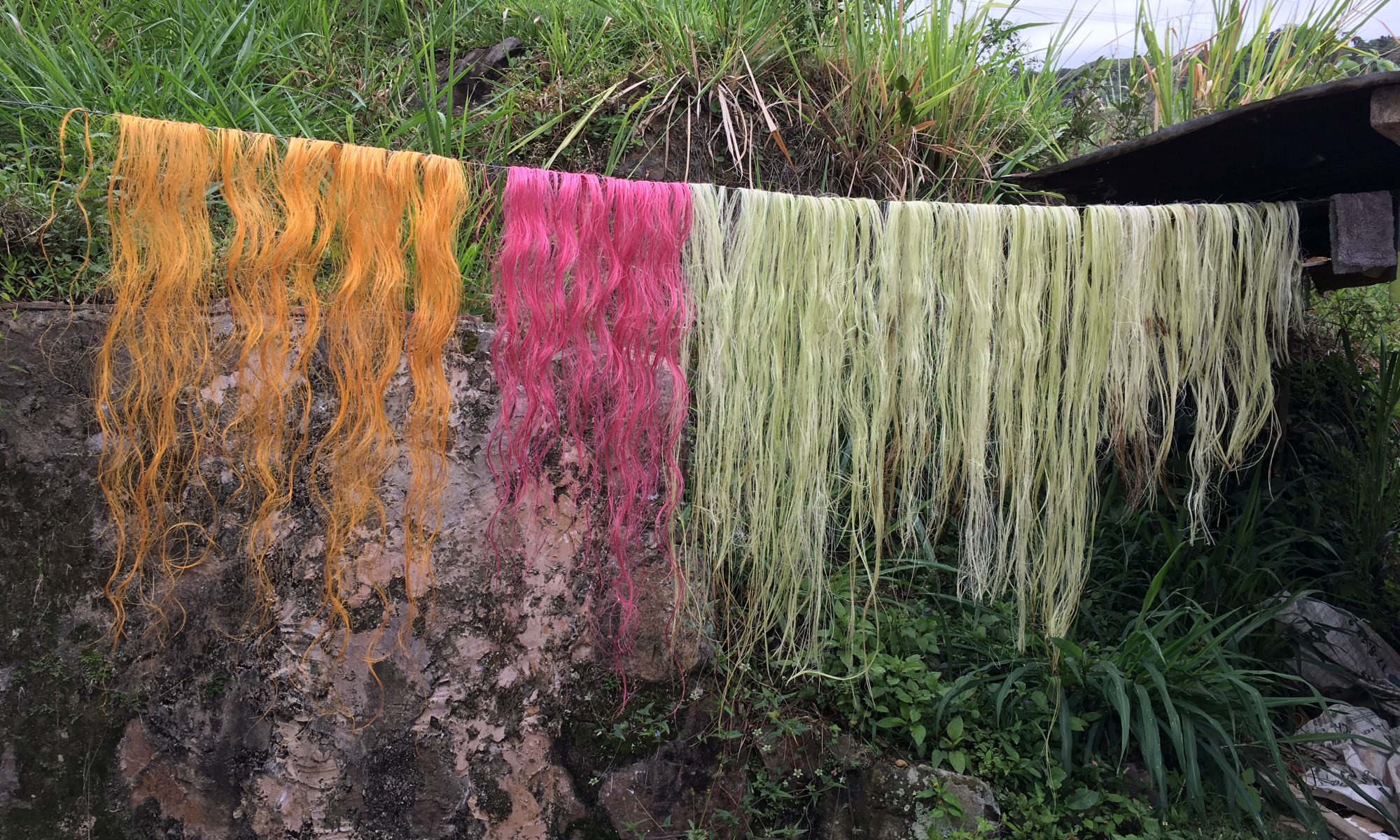 With his intimate performance piece Mochilero, US-Colombian experimental artist Camilo Cárdenas reminds us that identity is fluid, widely auto-constructed and an ongoing process, rather than a completed state. Mochilero took place during the Colombian COVID-19 lockdown at the artist residency ArteSumapaz, (located a three hour drive from Bogotá) and is still available for viewing online in summary (length: 15 minutes).

Cryptic, intensely personal and purposefully vulnerable, Mochilero, above all else, manages to highlight our very own agency when it comes to choosing who we are and who we want to become. This poignant and delicate performance piece pushes the question of identity and its construction back into public discussion by means of showcasing that which is superlatively individual. Mochilero is a relevant piece full of ambiguous cues, locality and intricate craftsmanship.

In the beginning of 2020, Camilo Cárdenas returned to Colombia to reconnect with the country that he grew up in and create a performance piece that would be inspired by place, flora and fauna. During his stay at the art residency ArteSumapaz in Cundinamarca, he used Fique to crochet an oversized mochila, which is a traditional Colombian shoulder bag. Once suspended in his open air studio on site, it formed the centerpiece of his performance and functioned as a space of rebirth,  ultimately allowing Cárdenas to de- and then reconstruct part of his identity publicly. By engaging in both traditional and very personal rituals before and after entering the nestlike mochila, Cárdenas demonstrated that, even in the public eye, the construction of identity deserves to be free.

Growing up between cultures

Cárdenas (34), who was born in the US, spent the majority of his life moving back and forth between Colombia and the United States. He attended the first years of primary school in Bogotá and then emigrated to Boston, Massachusetts, at age 13 to escape Colombia’s escalating violence. Growing up with one foot in each culture, the artist began to question the notion of identity and belonging at an early age and continues to explore this theme today in several of his artworks. Like many of us who grow up within multiple cultures, Cárdenas found himself developing a third type of culture, that of an in-betweener who finds himself perpetually foreign.

With Mochilero, Cárdenas picks up on the theme of identity and belonging again as a preferred sujet and explores it by means of personal reflection. Moreover, Cárdenas chooses to actively take control of what has defined him and highlights the power of choice in what to leave behind and what to embrace. Cárdenas adds “This idea of belonging has always been a very interesting theme to me. Lately I’ve been thinking that we tend to allow exterior factors to tell us whether we belong somewhere or whether we should be associated with one identity or another. I realised more and more, especially as an artist, that we really have the power to shape our own realities.”

Having spent the majority of his formative years in the US, Cárdenas returned to Colombia in the beginning of 2020 to not only come face to face with the country that has so profoundly shaped him, but also to renegotiate his relationship with it. For the artist himself however, returning to Colombia was not just an act of ‘coming back’, but also of arriving anew. “I carry a lot of roots and I’m back in Colombia because of that. I felt like I was missing a more concrete connection to growing up here. In the US, I was feeling very much like a Colombian immigrant, yet I had been away from Colombia for so long,” Cárdenas explains.

Arriving without art materials or concrete plans, Cárdenas set out to let place and locality become protagonists in his piece, ultimately letting them inspire the selection of material, the process, as well as the performance itself. “While I was working, I was in this space, I was handling the material. That became fodder for what the performance was going to be about. What am I actually trying to reveal about myself? What am I actually trying to find, where am I going to search. The process was incredible, like a hot bed of developing the performance ultimately.”  The artist worked on and performed Mochilero at ArteSumapaz, an art residency in the Sumapaz Valley in Cundinamarca, Colombia. Over the span of a month and a half, he worked in an open studio that overlooks the Nevado del Tolima, and which also served as the stage for his performance.

In preparation for Mochilero, Cárdenas worked with Fique, a  local plant also used by the indigenous Arhuaco for weaving so-called mochilas (small woven shoulder bags). Having previously spent time with the Arhuacos in the Sierra Nevada region, Cárdenas experienced the craft of mochila making first hand. This knowledge, in combination with several self-taught methods, allowed Cárdenas to create a life-size mochila from the Fique fibers. The artist harvested the leaves on site, removed their pulp, twisted strings from them and coloured them with natural dyes made from Achiote seeds and Purple Basil. “I wanted to have a connection with wherever I would end up landing. I challenged myself to find materials and find a medium to create artwork with, so the Fique was like hitting a gold mine in the sense that it wasn’t just a bunch of sticks that I could put together, but that it was a whole process,” explains Cárdenas.

Over the span of six weeks, Cárdenas harvested around 30 Fique leaves, processed them into (dyed) strings and crocheted an oversized shoulder bag, which would become a crucial component to Mochilero. The mochila mimicked the nest of the local Mochilero bird.

What makes Mochilero such a fitting concept is the title’s multiplicity of denotations. Mochilero in Colombia can simply refer to someone who wears a mochila, but also denotes a traveler or a backpacker. The third iteration of the word refers to a bird species that is native to Colombia, the Oropendolas. These black birds with yellow tails weave nests that hang, much like mochilas, from tree branches. The Oropendola birds have been colloquially dubbed “Mochileros”. Cárdenas plays with the word Mochilero in all these senses: using it as a reference to himself as someone who intends to build a nest and a home (both externally and internally), uses the traditional mochila on a daily basis and also remains in movement, a traveler.

During the performance, the suspended mochila allowed the artist to disappear temporarily, thereby enabling him to free himself of external expectations, creating a barrier to the outside world. Cárdenas’ descent into the mochila mimicked a return into a safe and intimate space. It signaled a crucial intermittence, a moment of pause in a place of isolation that is essential to drive forward transformation. “I think part of the idea of rebirth is a way for me to essentially take control of how I want my identity to be defined and work and develop it. It involves cleansing and cleaning parts that you might be dragging with you and choosing what to take with you and what to leave behind.”  Moreover, Cárdenas scheduled the performance of Mochilero to take place on the day of his 34th birthday. Transitioning into another year presented an opportunity for the artist to readdress that which has influenced him so strongly.

Preceding and following his disappearance into the mochila, Cárdenas  silently and conscientiously engaged in both cryptic and more well-known rituals. Next to shedding and burning his former school uniform in an open fire and removing his beard and hair, the artist also applied Rapé, Mambe and Ambil, which are traditional Amazonian medicines. In 2018, Cárdenas spent time with the Muinane in Leticia (Colombia), learning, among other things, about ritual, custom and the use of these particular types of medicines. “They really introduced me to traditional medicines and brought me into that ritual. To use them in this performance was connecting me to some of the lessons I learnt over there and tapping into some of the spiritual places that I felt when I was with them.”

Albeit keeping the audience in mind, the artist chose to predominantly treat the performance piece as a personal ritual that he shared with the public. Consequently, Cárdenas’ was comfortable with a degree of ambiguity and nonsensicalness, thereby reiterating that identity is not something that needs to be categorized and fully understood by others to be valid. After climbing out of the mochila, Cárdenas applied nailpolish and redressed himself. “I’ve played around with this theme of masculinity and expectation of how you are supposed to behave if you’re a male or a female and I’ve tried to push that a little bit for a few years now, either in my videos or in my performances. Because I was starting with trying to shed this male privilege symbol with the shirt of the school, the private pathway, Catholic all-boys school and the beard and all these ‘male symbols’, I decided to end with the nail polish to soften those edges”.

The artist’s choice of rituals was not only a mix of deconstruction and reassembly and one of ambiguous and more commonly understood rituals, but also presented a fusion of the Western and the more traditional world. By integrating what he had learnt from the indigenous people, Cárdenas set out to strengthen a connection to the world of ancient wisdom and to a decolonized approach to medicine. “It’s like a patchwork of experiences that ultimately make up your identity,” the artist adds.

Ritual as means of introspection and reflection

It’s not hard to imagine the rituals in Mochilero to function as synecdoches, representing in part entire concepts such as education, gender restrictions or family ties. All these elements strongly influence individual identity, as well as external and autoperception. The artist himself sees rituals as an integral part of personal growth, explaining that “…Rituals are an opportunity to pause from a day to day routine and take a moment, be conscious of the things that are going on in your life and that you feel need to be addressed. ”

For Cárdenas, rituals are also a way of bringing past experiences and sentiments into the presence, enabling him to perpetually draw from their power and strengthen the relationship to them.

Striking a balance between freedom, migration and belonging

Mochilero is a comment on the transience of identity, the restrictions and possibilities that inform identity construction, the importance of ritual and space and the quest to find a balance between freedom, migration and belonging.  With external and often very public (and frequently structural) limitations imposed on individual identities, Cárdenas also sees the risk of transferred expectations. According to the artist, these expectations can strongly influence “…what we’re able to accomplish, personally or professionally or in any other way. The more we break down those limitations, the more possibilities start to open up in front of us and this is something I’ve known for a long time but I’ve only recently started to be able to put into words.”

Ultimately, Cárdenas aims to encourage individuals to design and create what lies ahead of them. This includes taking a closer look at one’s past and the things that are worth letting go, while identifying those that are worth keeping. It also means the disregard of identity templates or rigid boxes, and parting with the idea of having to fit in at all costs. With Mochilero, he demonstrates a courage that is essential to break boxes and approach identity in an open and fluid manner. In doing so, according to the artist, “There are less and less restrictions as to what you are supposed to do, how you are supposed to behave and what is expected of you. And I think that is  a big one. “

2 Replies to “Mochilero – A striking performance about identity, rebirth and ritual”